This article was recently published in the Irish Times. After protracted negotiations to form a new government, urgent attention is now required to reform the pension system and protect the retirement security of future pensioners.

The underlying issues are clear: our population continues to age; the cost of providing State pension support is growing; and the participation rates and adequacy of private pension saving remains too low.

Experience shows that longer-term issues such as these are difficult for politicians to address while working in five-year electoral cycles. As it stands, the Programme for Government is vague in its commitments to pension reform.

The last government set an ambitious target of 2022 to deliver a new private pension saving system based on automatic enrolment – a key tool in addressing coverage and adequacy issues. While the Programme reaffirmed a commitment to auto-enrolment, the 2022 target is now highly unlikely to materialise and a new target has yet to be set.

Equally importantly, the new Programme for Government reaffirms the coalition’s commitment to the State pension, the bedrock of the Irish pension system. This will provide reassurance and greater certainty for responsible savers planning their retirement.

However, as the Irish Fiscal Advisory Council (IFAC) recently warned, some fundamental questions remain about the sustainability of the State pension, particularly in light of the new government’s decision to defer planned increases to the State pension age. As IFAC noted, the share of the population aged over 65 is forecast to increase from 14 per cent in 2020 to 27 per cent by 2050. Clearly, our changing demographics are accelerating the problem.

Without reform and cross-party support, the rising cost of the State pension, combined with our ageing population, will impose a significant financial burden on future generations and potentially cause a reduction in the living standards and financial wellbeing of today’s workers when they come to retire.

Firstly, a commitment to preserving the current system of tax relief incentives is critical to encourage further private retirement saving. A report released by the Central Statistics Office last year revealed that around 40 per cent of private sector workers in Ireland still do not have any kind of private pension savings, with many citing affordability as a specific reason.

Recent Covid-19-driven market volatility has already resulted in some loss of confidence among private pension savers; any reductions to tax relief incentives or more draconian measures such as pension levies could cause further significant damage.

Secondly, the government must take steps to simplify and harmonise the retirement benefits products available to individual savers. Presently there is a bewildering range of pension saving vehicles, including Personal Retirement Savings Accounts (PRSAs), Personal Retirement Bonds and Retirement Annuity Contracts among others. Instead these should all be replaced with a single, portable, pension plan and made available to any individual for whom a company pension is not an option, whether in conjunction with an auto-enrolment system or not.

The complexity surrounding retirement benefit options also needs reform, particularly to allow more flexibility around when and how savers can access their benefits. The recently flagged proposal by the Department of Finance to rethink Approved Retirement Funds and PRSAs is certainly a step in the right direction, potentially providing additional value and simplicity for savers.

Finally, there is an opportunity to take much-needed steps to reform company pension schemes. The introduction of the extensive new measures set out under the EU’s Institutions for Occupational Retirement Provision (IORP II) Directive is long overdue. IORP II aims to facilitate better outcomes for members of employer sponsored pension schemes by mandating more robust governance and risk management of schemes. Other than Portugal, Ireland is the only member state yet to implement the Directive and is therefore exposed to potential financial sanctions from the European Commission. It has been suggested this week that this legislation will materialise in 2020, which would be very much welcomed. Better governance should result in better outcomes for retirement savers.

Many employers will want to retain a pension plan as part of their range of employee benefits. However, some employers may not have the capacity to manage the additional compliance requirements that will be imposed by this new legislation. As such, it is anticipated that this legislation will result in the consolidation of many pension plans, particularly smaller ones, into multi-employer master trusts, following the example of places like Australia and the UK. The master trust structure enables multiple employers to participate in a single trust, pooling governance and investment arrangements for economies of scale and streamlining of regulatory oversight. Employers can continue to provide the same benefits and a high quality range of investment choices for their employees, but within the structure of a professionally run master trust to which all governance and compliance requirements are outsourced.

Transitioning to a master trust, however, remains a complex process. Currently, employers seeking to access the full benefits of a master trust model must formally wind up their pension scheme, resulting in unnecessary additional cost and upheaval. While some preliminary work had begun under the previous government to address some of these issues, there is an opportunity for the new government to take further steps to smooth the path for those employers who may wish to go down this route. More reform to the current legislative framework will better facilitate these transitions.

Clearly, the challenges of Covid-19 will rightly preoccupy the new coalition in the coming months. However, kicking the can further down the road, as previous governments have done, on key measures to address retirement savings issues in Ireland would be a mistake that would expose our future society and retirees – and the working population who will fund them – to a very uncertain and costly future. 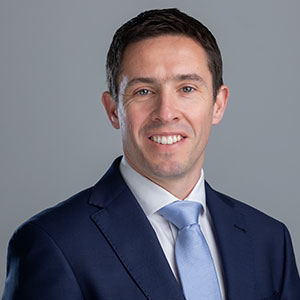